George Starke had an illustrious career in the NFL. During his time with the Redskins, he went to three Superbowls, including the Redskins 27-17 win over the Dolphins in 1983. Nicknamed the “Head Hog”, he was part of the Redskins famous “Hogs” offensive line. In 1984, Starke finished his career in the NFL and became a businessman. In his post-NFL career he: started a car dealership; co-founded a non-profit to provide vocational training for at-risk individuals; and opened a restaurant, appropriately, called “Head Hog BBQ”.

It is Starke’s involvement in the non-profit that is the cause of his IRS troubles. In 1997, he founded the “Excel Institute” (the “Institute”) to train at-risk individuals to be automotive service technicians. When his co-founder died, Starke started handling fundraising for the Institute and he stayed in this capacity until 2010, when he resigned; the opinion suggests that this was due to conflicts with a board member and allegations of financial improprieties within the Institute.

In his capacity as a fundraiser for the charity, Starke was paid a base salary along with a company credit card, which he used to pay personal and business expenses. Important for this discussion, from 2003 to 2006 Starke made personal charges that were treated as advances for future wages or business expenses. In 2005, the Institute began to withhold money from Starke’s paycheck to pay back these advances. In 2010, however, when he resigned there was still a balance due of $83,000. As a result, the Institute issued Starke a 1099-MISC form in 2010, treating the whole amount as miscellaneous income. It was not explained why, but Starke did not include the $83,000 as income on his return. Subsequently the IRS audited in 2012 and assessed additional taxes and penalties for the 2010 tax year.

What makes this opinion interesting, besides Starke’s nickname, is that the court’s opinion is short on details about what arguments the parties made. Starke handled this case pro se and his position on the $83,000 of income is not clear, except to say that he told the court that he did not know he owed the money to the Institute. The IRS, on the other hand, argued that the $83,000 was an advance, and not a loan, and thus taxable. That’s it. After the court recited the basic law on this issue, the court then agrees with the IRS that the money taxable to Starke…but not in 2010. Advances, the court said, are taxable in the year received which in this case is between 2003 to 2006. The court then states that those years are not at issue in this case and finds in Starke’s favor. Case closed.

Ouch! The IRS won on the issue that the $83,000 in advances was taxable but loses because it made the assessment for the wrong year! Generally, the IRS has three years from the due date of the tax return (April 15th), unless extended (then on October 15th), to assess additional taxes. If the assessment date passes then the IRS is barred from assessing any additional tax (and hence collecting that tax), unless the assessment period is extended through such things as fraud (forever) or a substantial understatement of tax (up to six years after the due date). Tough break.

Likely, the IRS tried to make a Hail Mary pass to keep this case alive; it probably knew that 2003 to 2006 tax years were closed to assessment and so it had to go forward with the case. Honestly, I am not sure how the IRS could have been clued in sooner about these advance but them’s the breaks. Unless the IRS can show that fraud was involved then even if there was a substantial understatement those tax years are closed.

Postscript: here is the gorgeous George “the Head Hog” Starke now, making a pitch for Bubbles Haircutters. Not often you see Bubbles and Hog together, probably a good thing. 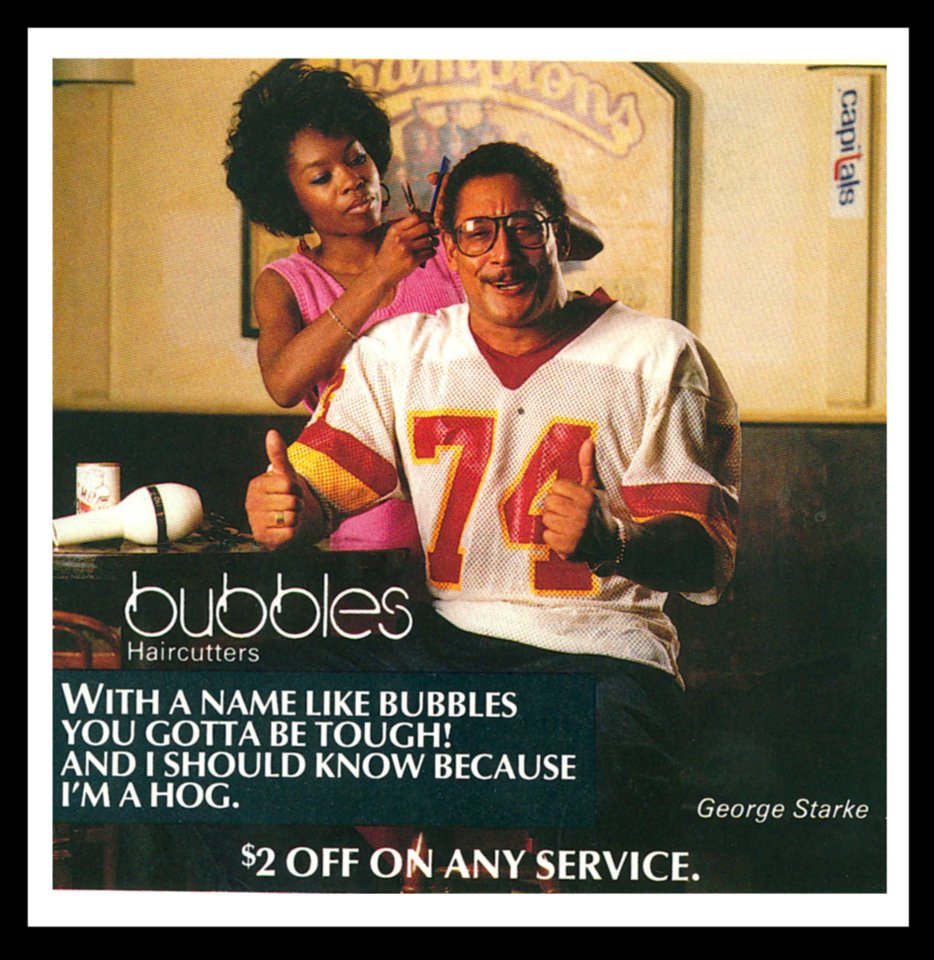 He met personally with the IRS case agent on my behalf and was able to get an agreement for the exact plan we’d hoped for. He further recommended that we attempt to get an abatement of some of the penalties and interest, and ultimately was successful in knocking about $70,000 off the amount due. An incredible result!

Throughout the process Jim proved incredibly knowledgeable and adept at dealing with the IRS. I’m certain that his cooperative and conciliatory demeanor contributed to my case’s being settled through easy and early negotiations.

Jim Wade will be by your side!

Jim always was incredibly easy to reach with any questions or concerns, and kept me and my family up-to-date at each step in the case. His help extended, though, beyond just dealing with the narrow issue of the unpaid taxes.

He additionally guided me on steps to take, including a referral of reputable accountants, to avoid future tax issues. I had the feeling throughout the whole process that Jim really cared about our case and us individually, and the incredible results certainly confirm that.

Jim will be my first contact if I ever need legal services again, as I know he’ll give me the guidance I need whether it’s strictly within his field of expertise or not. He’s a fantastic attorney and person.

Worth every penny!
D.T., Clients from York County, ME

My husband and I were thrilled with our experience with James Wade. From the first phone call, he was kind, knowledgeable, and compassionate towards our financial situation.

James was efficient in explaining the procedure and was readily available when we had questions. If he didn’t answer right away, there was always a call back or an email soon after.

James was worth every penny and now we can have a fresh financial start. We can’t thank him enough! With the overwhelming and complicated paperwork, you want to hire James to get the job done right.

An incredible result!
David G., a tax resolution client from Falmouth, ME

I engaged Jim Wade earlier in 2018 to represent me in an IRS collection case arising out of several years of unpaid personal federal taxes, and was impressed by his professionalism, knowledge of tax laws, and experience in representing taxpayers before the IRS.

At our first meeting he explained clearly the IRS collection process and recommended a number of steps I should take to put our position in the best possible light. He worked closely with me to gather all necessary information and formulate an offer of a repayment plan for the nearly $360,000 I owed in unpaid taxes, penalties, and interest.

This attorney was extremely helpful in guiding us through the process from beginning to end. He was patient and kind and when I did not know where to find information needed he lead me to right place. I could not have asked for a better person to assist us during our own difficult times.

Excellent
D.R., a prospective tax planning client from Fryeburg ME

Answered questions. Very receptive. Will see him in the future.
​

Amazing Lawyer
R.C., a client from Robbinston, ME who filed for innocent spouse relief with the IRS

I had no problems or had to worry about anything. My case was taken care of with out any problems. Any questions I had was answered quickly and explained thoroughly, and as little as I know about taxes there were a lot of questions. Highly recommend Mr. Wade!

Jim is Amazing
Will P., a client from Westbrook, ME

Jim is amazing. His attention to detail is unmatched. Jim will do whatever it takes to insure a positive outcome. His knowledge and experience are two of his biggest assets for helping clients. In a day where communication is often a strain, Jim breaks down that barrier and kept us informed at all times.

After our first meeting with Jim, we knew we had made the right choice for our needs. Jim leaves nothing to chance and is relentless towards achieving the desired result. The world needs more lawyers like Jim Wade.

Recommended to anyone with tax issues!
Heather C., an IRS Resolution client from Monmouth, ME

My husband and I were looking to qualify for an offer in compromise with the IRS to pay off taxes that we owed. We hired Mr. Wade for a very fair price. After he investigated and crunched the numbers in every way possible to help us, he concluded that we would not qualify.

His commitment to helping us did not end there. He continued to work with us to pay off our taxes, offering his expert advice. He answered all our questions thoroughly and continued to help us see this through to the end.

We are very grateful for all of his hard work, his knowledge in tax law, and his full commitment to us as his clients. I would recommend his firm to anyone who needs help in taking care of and resolving any tax issues they may have no matter how big or small.

Personal attention
on every case